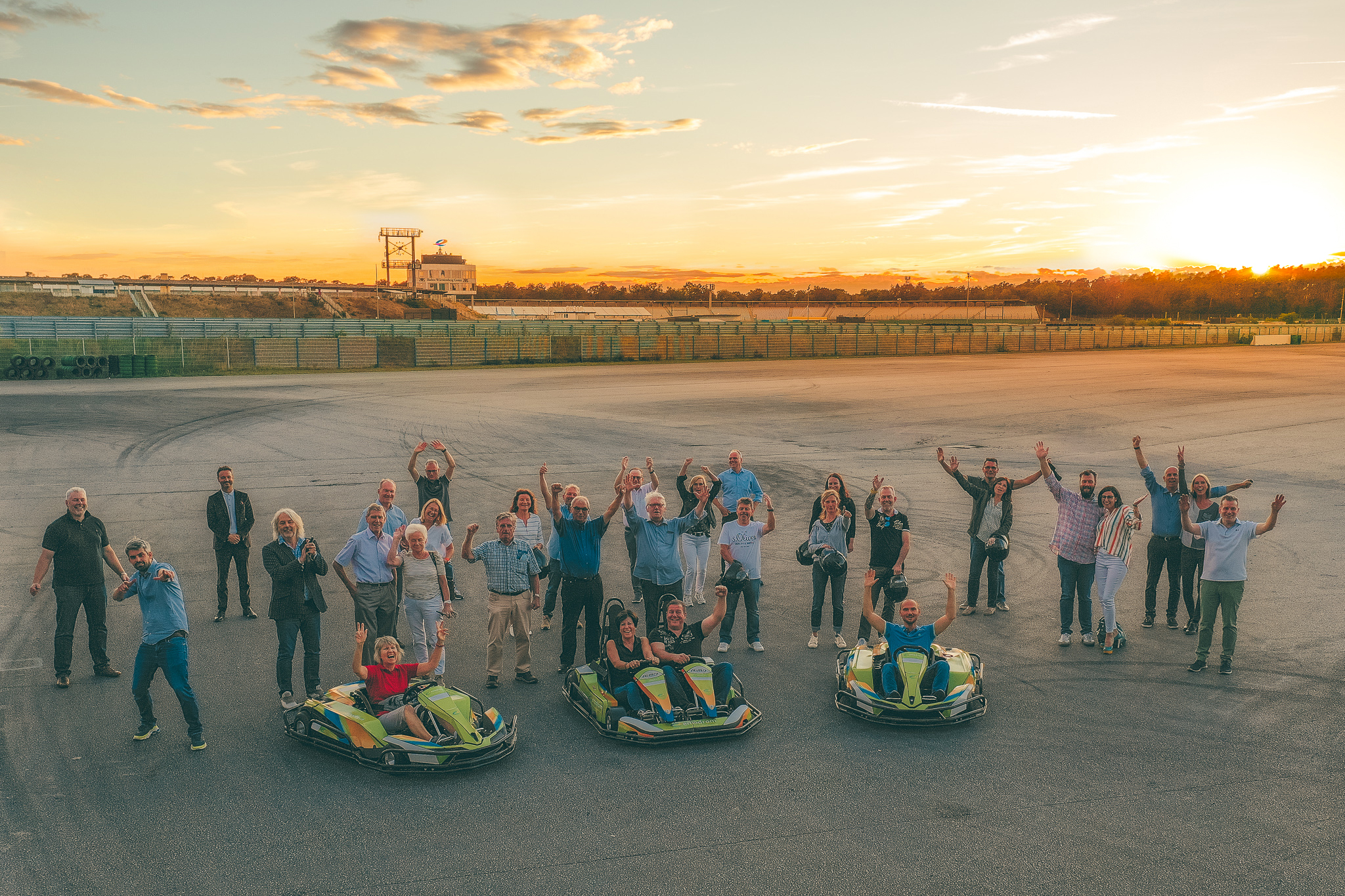 The Hockenheim City Council met last Tuesday at the Hockenheimring to get an overview of the new e-kart track, the current status and the potential of the facility.

Emodrom boss Thomas Reister welcomed Lord Mayor Marcus Zeitler, Mayor Thomas Jakob-Lichtenberg and numerous members of the committee. He encouraged the representatives of the city of Hockenheim to get their own picture of the facility that opened a few weeks ago and, as in previous years, to find out about the developments personally at any time.

In a relaxed atmosphere, the local councils were able to gather impressions of the new kart track and the e-kart insider tour over the Hockenheimring.

The insider tour on the Hockenheimring, which has been established for many years by Hockenheim-Ring GmbH, is getting an innovative and spectacular variant with the e-kart tour: an exciting mix of racing track tours and karting on the world-famous Grand Prix circuit.

After a briefing by the managing director of emodrom event + services gmbh Kai Hennefarth, the municipal councils boarded the ultra-modern e-karts at the east stand, with which they circled the almost 4.6 kilometer long course as the tour continued. During the first lap on the legendary asphalt of the Hockenheimring, the so-called “Information Lap”, stopovers are planned at various sections of the route. There the local councils received background information and explanations about the traditional course in general and about the chosen locations in particular from their tour guide. The start-finish line and the winners podium are just as much a part of the stops as the dragster track or the gravel bed in front of the east stand. Round two is all about driving fun with the fast but safe e-karts. To whiz like a racing driver through the Motodrom, along the Parabolika and around the hairpin –
that is pure motorsport feeling.

Afterwards, the visitors were able to do a few laps on the emodrom group’s new go-kart track before the participants let the evening end on the east stand.

“A great opportunity to combine the factors of fun, sport, community and sightseeing. Driving around the Grand Prix track in an e-kart is a great and fascinating experience that nobody should miss out on! ”Said Mayor Marcus Zeitler.

“We are delighted when the work that I started here in 2012 meets with interest and recognition. I started planning the e-kart system 4 years ago, together with the then managing director of Hockenheim-Ring GmbH, Georg Seiler. Now we have finally been able to realize it and thus provide another great offer for the fans and visitors at the ring. Anyone who is interested in experiencing this can book various offers on our website ekart.emodrom-group.com or hockenheimring.de and experience the great feeling with us, ”says Thomas Reister.