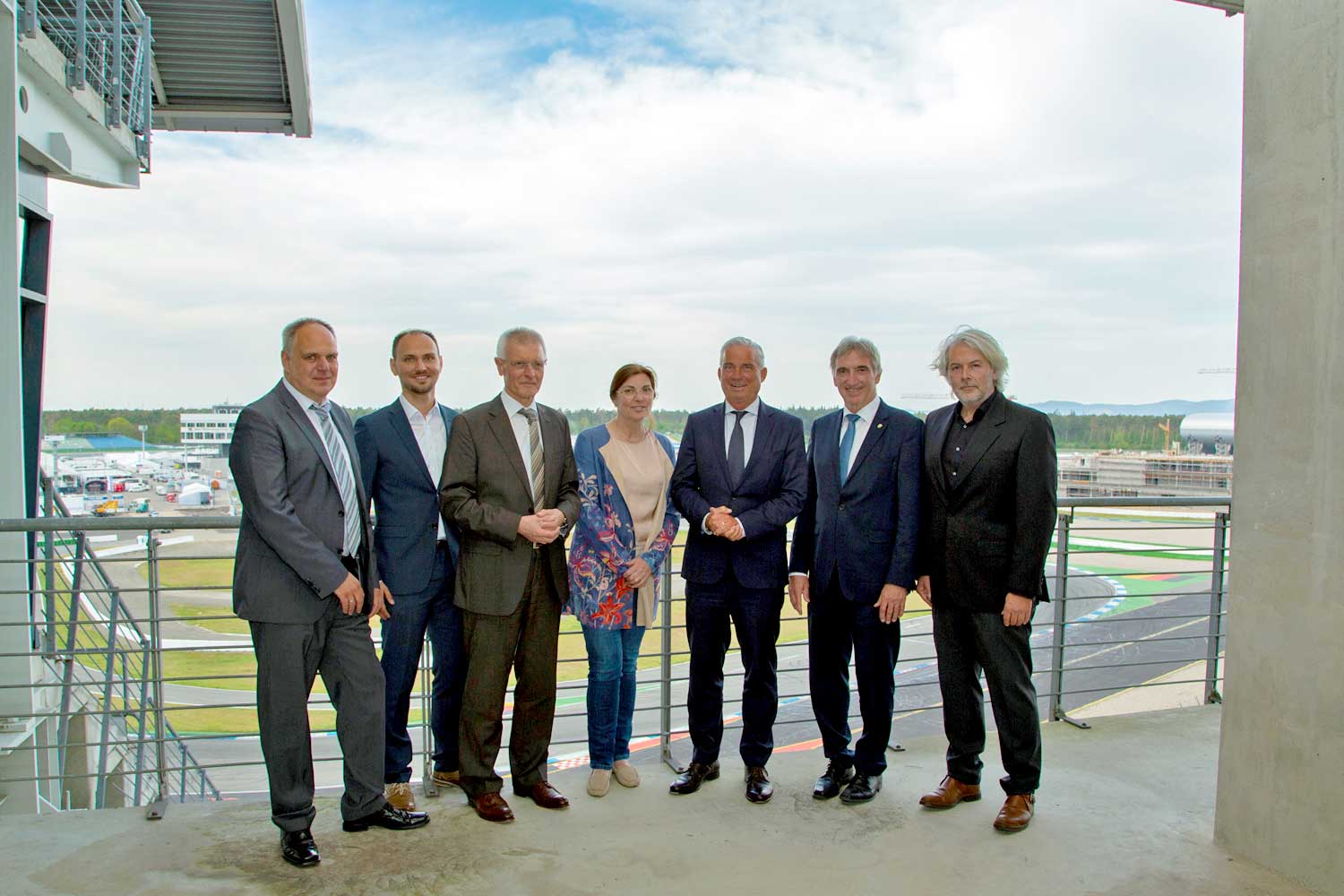 Within a few days, other state politicians came to the world’s best-known sports venue in Baden-Württemberg and inquired about the current state of play at the Hockenheimring and the gratifying development of the emodrom projects.

The Deputy Prime Minister and Minister of the Interior of the State of Baden-Württemberg, Thomas Strobl, recently visited the city of Hockenheim. Among other things, he took the opportunity to stop at the town hall. It was here that Interior Minister Thomas Strobl was received by Dieter Gummer and entered the city’s Golden Book.

The entire delegation then went to the premises of emodrom GmbH at Hockenheimring to exchange information. In addition to the minister and the mayor, the talks were also attended by the state legislature member Karl Klein, accompanied by the municipal councils Bärbel Hesping and Patrick Stypa.

„When I presented my concept of further development to an innovative mobility centre to the administration and the local council in 2012, the urgent need for the ring to develop new perspectives and business areas was understood. That is why I am pleased that representatives of state and federal policy are exercising our joint success and following our invitations across party lines with high interest in order to convince themselves live on the ground of the development and offer their support. Simply because what we do is economic development in the best sense of the word and has positive effects for the city and the Rhine-Neckar metropolitan area. Right now, members of the Konrad Adenauer Foundation were here and in June Transport Minister Winfried Hermann will visit us again as part of the e4TESTIVAL. Since we do not expect and claim public money as a private investor, we all the more need for political support for the necessary framework conditions at the Hockenheimring. In this respect, we are pleased that the vast majority of members of the municipal council, in particular, have recognised the need and are overwhelmingly supportive of modernisation. With a view to the entire ring, its tradition and modern orientation, together with all of us, we will continue to assume the concrete responsibility of fans and visitors from all over the world, including on new topics, to visit in addition to the established To show and experience innovative mobility, „says the emodrom founder.